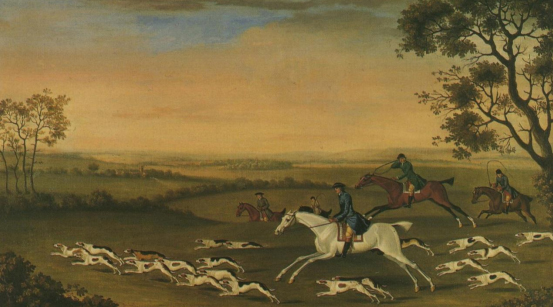 Today’s poem is one based on a very famous local story about an ill-fated race horse. My grandad used to tell this story to my brother and I regularly as kids and it always made me feel very sorry for the poor Marbury Dun.

It was long ago when it happened,

But my story I can still relate

Of the days when gentlemen wagered

Large sums of money, after drinking out late,

And such was the man in my story

His favourite horse the best runner

Along the country he said it would dash.

His estate, his hall and his money

Against anyone’s possessions or gains

That his horse could run from London

Between sunrise and sunset, with him astride at the reins,

His wager was gladly accepted

People laughed and scoffed at his nerve

But he ignored all their jokes and their jeering

And he groomed the horse that would serve.

At sunrise he started from London

Watched by the keeper of the purse

One hour before sunset he arrived home

And made them all sweat and curse.

His own men cheered and they shouted

Ale was thrust into his glad hand

They declared him a true blue blood gentleman

And his horse was the best in the land

But the horse, poor devil, was thirsty

And left all alone at the side.

It wandered unseen to a water trough

And started to fill its inside

Too late it was seen and stabled,

It caught a dire chill and died,

The sorrow was great in the country

After so successful a ride.

Now dead but not forgotten

They wrapped it in a linen sheet.

After a service it was lowered and buried

Silver shoes upon its swift feet,

What a man, what a horse

What a marvelous run

So goes the story of the Marbury Dun.

Sure that was a horse of quality high

In Marbury park it lies at rest

Without a doubt it was the best.

But where the park drops through the wood

Where chestnuts grow so ripe and good,

There is the mere, so flat and calm

Where fishers fish and do no harm,

To catch the pike is many a man’s aim,

For no other fish will taste the same.

Who casts for the pike that the devil sent.

Of a fish’s size he would never lie.

Yet he told a tale that frightened most

And never did he mean it to stand and boast,

But a pike he caught one sunny day

Well, here is his story so let him say…