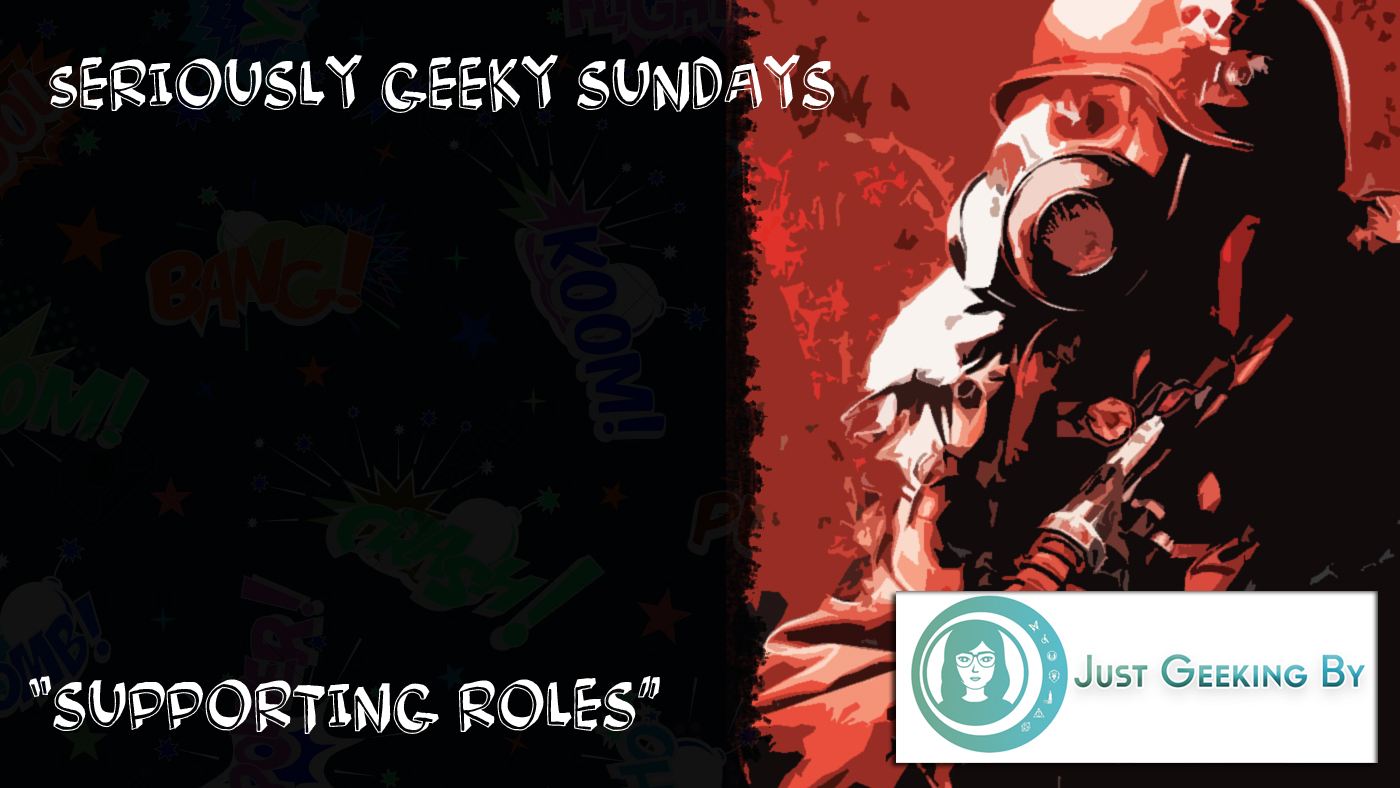 Oh, hey, it’s Sunday again! But not just any Sunday, heck no, it’s Seriously Geeky Sunday(s), brought to you by the ever blogtastic Heather of Just Geeking By! As always, a big special thanks to Heather for providing these excellent questions for both myself and the many other highly talented writers taking part (I cannot recommend giving these pieces a read enough, they’re all excellent.

With that said, let’s launch into today’s piece, which is all about… supporting roles!

“Up until now we’ve talked about all sorts of characters and this week we’re giving some love to the supporting roles in fandoms, the minor characters, the NPCs and the sidekicks. The smaller parts that are necessary for the whole thing to work.”

Question 1 – Who is Your Favourite Sidekick

For my very favourite sidekicks, we must travel back to the Manchester of the 1970s, setting on the BBC’s cop procedural/time travel drama series, Life On Mars, in which 2006 detective Sam Tyler, placed by the excellent John Simm, is hit by a car and wakes 30+ years into the past. Trying to hide what has happened, whilst also figuring out how to get back home, Tyler passes himself off as a detective in this era, rubbing shoulder with, but ultimately becoming fast ally of the head honcho, DCI Gene Hunt. 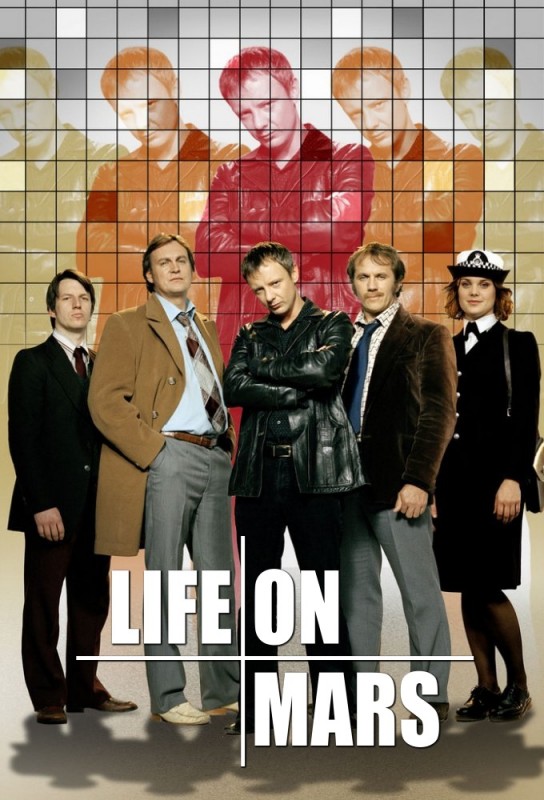 Whilst I’d love to count Hunt as a sidekick, this would be doing his character a disservice (plus the fact that Hunt is Tyler’s boss). Instead, I’m going to go with Hunt’s cronies, detectives Chris Skelton and Ray Carling. Whilst starting off pretty one dimensional, these two cops very quickly gain a lot of character. Chris, though initially suspicious of Tyler, ends up being something of an apprentice to him, willing to learn from Tyler and being impressed, if confused, by his 2006 approach to policing. Ray, on the other hand, is churlish and abrasive, seeing Tyler as competition and strongly disliking his approach to policing and his seemingly flaky personality as he continues to hallucinate/experience events that only he can see (usually related to events unfolding back in 2006).

The two characters also returned in the sequel series Ashes to Ashes, following Hunt down south to London to work with the Metropolitan Police there in the 1980s. Chris and Ray continue to develop there and further mysterious aspects of their characters are finally explained by the end of series 3.

Question 2 – Who is Your Favourite Minor Character or NPC?

Let’s now go from the Manchester of the ’70s to the Moscow of the not so distant future and join the world of Metro 2033, specifically the video game version.

This follows the adventures of Artyom, a young man living, with the rest of Moscow’s surviving population, in the tunnels of the titular underground system following an apocalyptic nuclear war. After being roped into a quest to save the fellow residents of Exhibition station from the encroaching forces of a group of mysterious “Dark Ones”, lanky mutant creatures with incredible psychic power that are driving people insane, Artyom leaves his home and goes on an epic quest through miles of dangerous, dark tunnels and scurries atop the frozen, poisonous wastes of Moscow itself.

Along the way, he meets an incredibly shady merchant called Bourbon, who teams up with our hero to get across the surface in one piece and protect him from Dark Ones. In return, Artyom gets to keep his sought-after AK47.

Why do Ilike Bourbon so much? Because he’s equal parts weird and hilarious, dropping such wannabe-badass lines as “some people call them demons, I call them beetches!” and “singing pipes? What bullshit!”. Bourbon’s voice actor sounds shady as hell, has a cool Russian accent and really adds some character to what would otherwise be a pretty dull character.

Which Minor Character Do You Wish Had More ‘Screen Time”?

For this selection we head to the retro-future year of 2017 (haha), home to a killer gameshow, quite literally, called The Running Man. In this movie, a cop framed for a massacre of civilians, Ben Richards (aka Arnold Schwarzenegger in top form) is captured and forced to enter said bloody gameshow. If he wins, then he earns his freedom. If he loses, them it’s game over for poor Arnold in more ways than one!

As Arnie and his friends navigate the maze of The Running Man, they are pursued by “Stalkers”, aka themed baddies that are out for their blood. We have chainsaw wielding Buzzsaw (most eye watering death ever), hockey man Sub Zero (not the Ninja), flame thrower guy Fireball and even an opera singing lad dressed like an LED covered Spartan, Dynamo.

Our underutilized character here is Captain Freedom, played by Jesse “The Body” Ventura (aka Blaine from Predator) who is a retired Stalker now performing backstage interviews etc. That is until, of course, Arnie successfully kills most of the stalkers, at which point evil gameshow host Killian demands that Captain Freedom hang up his mic and get out there to fight Arnie himself.

Except it never happens! Freedom refuses and storms out, forcing Killian to fake a scene in which  he kills Arnie in a spiky arena (some serious video editing technology in this movie). I mean, OK, it’s cool to see them fight at last, but it isn’t real! We were robbed of Arnie vs Ventura in the flesh, duelling to the death!

The rest of the movie is still fantastic, though.

Question 4 – What Is Your Favourite Scene With a Minor Character?

Let’s head over to 1997’s Final Fantasy VII to answer this question, shall we? Specifically, the rather depressing burg of Rocket Town.

This quiet village is built around, you guessed it, a space rocket which failed to launch many years ago, putting the Shinra Corporation’s chief sky jockey, Cid Highwind, out of his dream job and making him very bitter indeed. The launch was aborted due a technician still being onboard as the countdown reached its zenith, a concientious woman called Shera who was convinced a piece of equipment was likely to malfunction, should the rocket complete it’s leap up to the cosmos.

Cid blamed her for the rocket’s failure to launch and the dashing of his dreams, and kept her around afterwards as a sort of maid that could fling verbal abuse at all the time, which she took on the chin, feeling guilty herself.

Later in the game, the rocket finally launches, with Cid in his rightful place at the bridge and his friend Cloud on hand as thee spacecraft heads on a suicide mission to essentially nut a meteor off-course and save the world. As the crew make their way to the escape pod, mission complete, a piece of equipment explodes, trapping Cid beneath the debris. Would you believe it, it was only that same  piece of kit that Shera had warned him about all those years ago, turning out that she had, indeed, saved his life. She even cements the fact by revealing herself to have stowed away and helping to pull Cid out from the wreckage, resulting in a very emotional scene as the embittered captain is forced to face the fact that he may, just may, have been acting like a dick all along.

Question 5 – What Has Been Your Favourite Cameo Role?

I still insist that American Dad is far, far funnier than Family Guy, it’s just something I’ll never back down on. It had also had some excellent cameos throughout its many seasons,my favourite of which being a turn by Ceelo Green, the musician playing the part of an evil, murderous hot tub that Stan buys in a parody of Little Shop of Horrors. In fact, not only does Green voice the hot tub, he also narrates the tale in live action sequences! 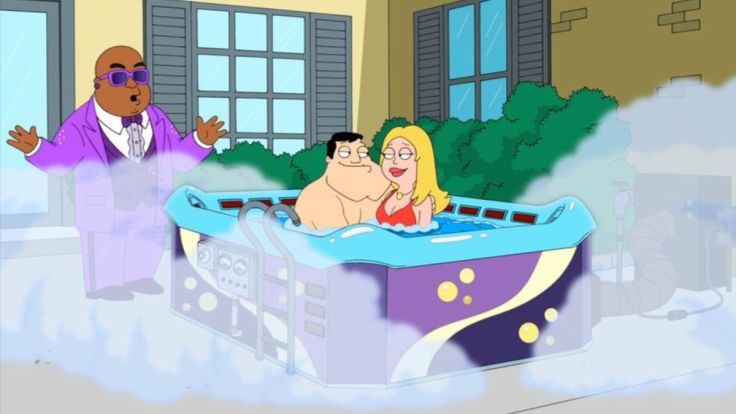 Question 6 – If You Could Have Someone Play a Cameo Role in Anything, What Would It Be?

I’d love to see more awesome actors taking voice roles in video games, like Samuel L Jackson’s role of Officer Tenpenny in Grand Theft Auto: San Andreas, for instance. Imagine a universe, for instance, where there was action character voiced by Kurt Russell, or a sassy sci-fi hero voiced by Tiffany Haddish, that would be awesome! 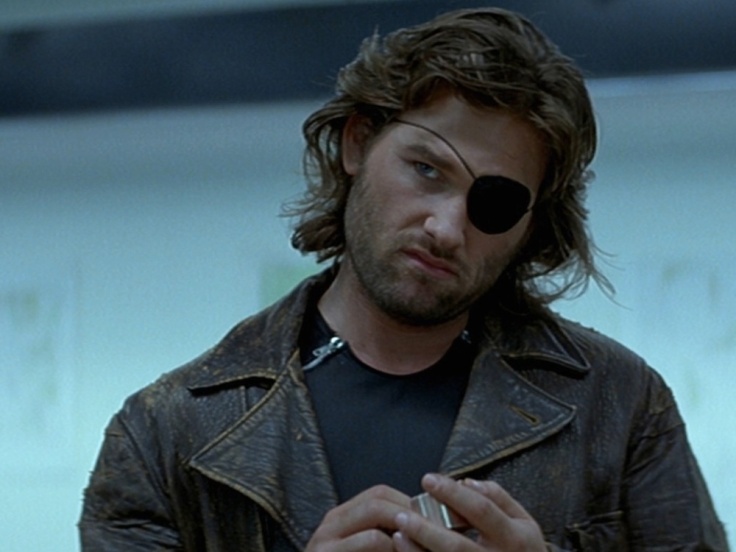 I wouldn’t want the industry voice legnds like Elias Toufexis and Nolan North to go out of work, of course, just to get to work alongside some high end Hollywood acting power!

And that, my friends, is that! Mission complete! I hope I have been a good sidekick to you on this adventure and please do check out the other mighty writers posting these lists by searching the #SeriouslyGeekySundays hashtag on Twitter!