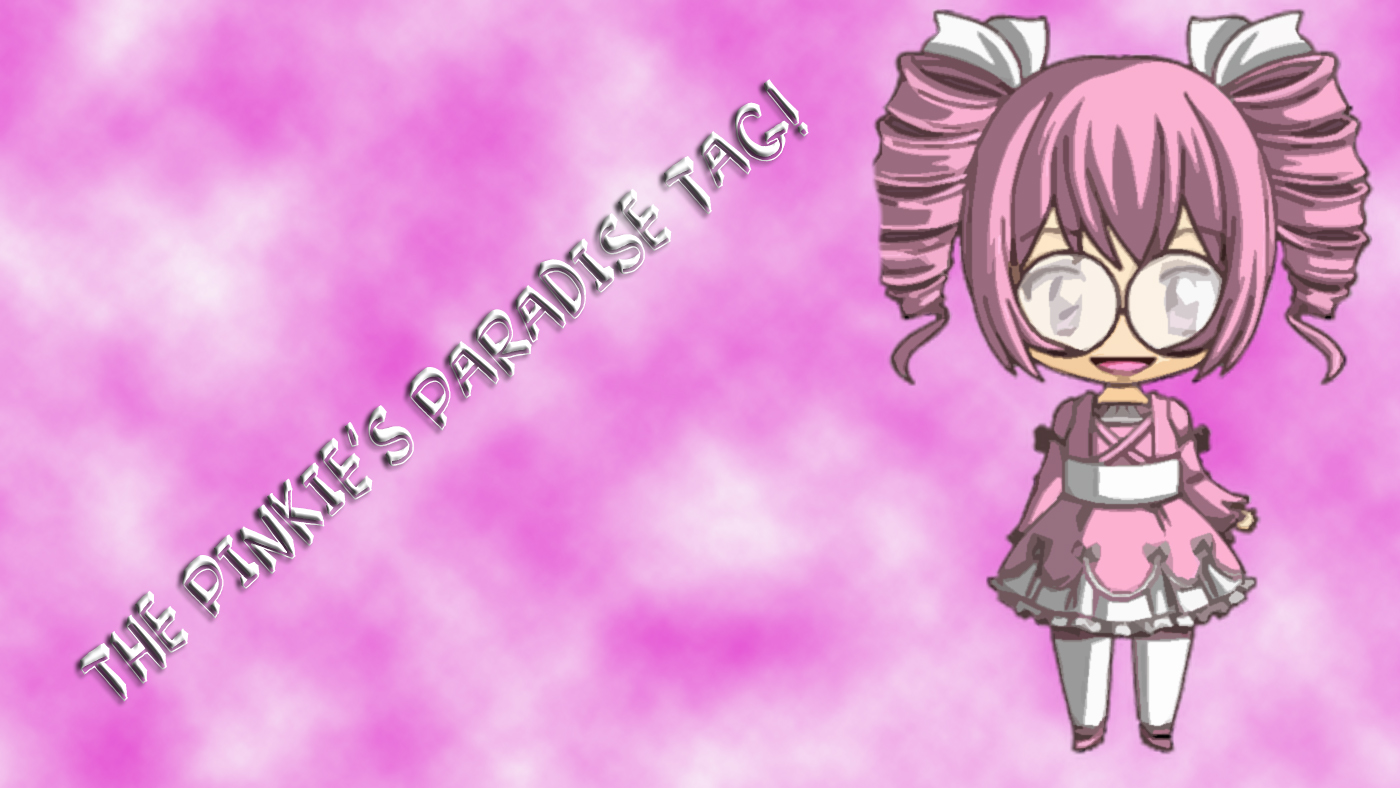 Do you know who’s bloody brilliant on the internet, who runs a blog which is also a full-on tropical paradise, loves Pokemon and is one of my most trusted blogger friends?

Anyway, Pinkie has given me a challenge, in tag format, this being the greatest of all the challenges that can be imbued upon a blogger! So let us see what expert questions have been supplied and answer them with lots of gusto, panache and other words that mean the same thing…

1. Pick a video game character to make your new head of State. Why that character?

Ah, this one is an easy one! My video game head of state would be WIlliam “BJ” Blazkowicz from the Wolfenstein series. Why, you ask? Because he’s level headed, strong, never gives in and bloody hates Nazis! And if there’s one thing that ole Winst0lf hates, it’s ruddy Nazis!

So let’s get Blazko elected in 2021 and get the world sorted out, eh?

2. What fictional character would be their running mate (or whatever you have below your head of state)

I guess in the UK it would be Deputy PM, but I’d like to also like to have this character retain their original title of Lord Protector, for I speak of Corvo Attano from the Dishonored games. If PM Blakzowicz provides the pig-headed muscle, then Corvo provides the sly smarts needed to keep more cunning enemies at bay, do sneaky stuff and summon hordes of rats, in case that’s a thing a political party will ever need?

3. If you could implement a gameplay element of any game into real life what would it be?

A truly interesting question, I’d have to go with cheat codes!

Imagine it, you find a mysterious code that says, for instance, one step forward, one step backward, one left, one right, then click and make a chicken noise at the same time to unlock GOD MODE! Then I’d just go outside and jump off a building for the lolz!

So this is super specific, but remember that cafe in Wall Market in Final Fantasy VII? The one where Cloud can get some medicine or something depending on which meal he eats?

As a youth I always thought that place looked super inviting, and the food sounded amazing when the guy on the checkout was explaining it. I’d love to be just be able to hear and smell that little, steamy cafe, and eat those tasty meals! Today’s Special, please!

5.If you could replace a video game villian, who would you be, and how would you do better than them?!

I would be the utterly useless Umbrella Corporation from the Resident Evil series. These guys own a multi billion dollar pharmaceutical empire to start with, why then start mucking about with bio-weapons, Frankenstein’s Monster-esque mutant warrior and other such morally dubious nasties? Greedy, useless idiots.

If I were to run the infamous Umbrella, and had no choice but to create mutant beasties, then I would definitely base all of my installations on remote islands far from humanity, as opposed to, say, the middle of the bloody city. That way, when things inevitably go awry and the place is overrun by zombies, thousands of the local populace are not killed.

6. What was the first game you ever played?

The first video game that I ever played was the 8 bit version of Sonic the Hedgehog for the Sega Master System II.

I received said gaming box for my eighth birthday in 1992 and never looked back! Sonic absolutely captivated me from the off, the colours, designs and music were mesmerizing and you could make Sonic move when you pressed the buttons! Whaaaat!

My dad was well better at it though, he’d been secretly playing it for months, the blaggard!

7. What was the first game you have ever beaten?

Funnily enough, another Sonic title, though this time on the Master System’s successor, the 16bit Mega Drive. The game was the classic Sonic 2, 12-odd whole levels of perfection, unforgettable music and…er… Tails.

A friend and I completed it back in the day, maybe ’92 or ’93, and it was one of the greatest days of my young life! Eat that Robotnik!

8. What was the first game you ever co-opped?

If you grew up on Sega and didn’t co-op Streets of Rage with someone, then what the heck were you doing? My brother and I used to attack Streets ever night, beating back hordes of ginger, denim wearing goons and arguing over whoever called the police for the special move by accident…

9. What is your proudest gaming achievement?

I once 97% completed Red Dead Redemption on the Xbox 360. For those who haven’t played this one, it’s an epic, open world Western game which takes place across fictional versions of Texas, Mexico and other parts of the USA. Protagonist John Marston has a lot to do on his quest to gun down his old gang, making for many, many hours of deep, varied gameplay.

I’m still amazed whenever I think of the fact that I almost 100% this game, considering I usually have no patience for such things!

10. Tell us about a gaming buddy that means/meant the world to you

Whilst he doesn’t game much anymore, my dad will always be my finest gaming buddy!

For a start, he introduced me to gaming, and was something of a master at the 8 and 16 bit consoles (though the 32 bit era with the PlayStation got a bit too deep and complex for his attention levels), he even did the unthinkable and completed Sonic and Sonic 2 on the Master System, with all the Chaos Emeralds! I mean, that’s high magic, that!

These days he’s had a bit of a renaissance, becoming addicted to Mudrunner to an almost worrying degree!

11. What is the weirdest game you have ever played?

There’s been a few games over the years that made me think “what the hell?”, it’s hard to pick a single one! But hey, let’s pick one out of the bag…

Typing of the Dead is a game released on the Sega Dreamcast, and required the use of the Dreamcast’s keyboard peripheral (which was surprisingly good quality). It was essentially House of the Dead 2, only retrofitted so that, instead of light gun rounds ripping the demons and zombies to bits, it’s your super-fast typing skills instead!

Yep, as the zombies come toward you, words (or even phrases, for tougher baddies) float over their evil heads. Type the word before they reach you and boom, enemy down! It’s surprisingly difficult and very stressful, but the agents have Dreamcasts strapped to their backs and use keyboards as guns!

And there we are! Sorry it took me so long to actually post this, I’ve been ruddy snowed under for weeks and dying to get this out to honour our Pinky, one of blogging’s finest writers!

Hope you enjoyed it!