Following a bit of a lull in motivation (I blame this global pandemic business) I’ve been a bit dry on the old blog entry front and, indeed, all things creative of late, which I feel I should apologize for as I know there are several lovely people who actually go out of their way to read this stuff (thank you all!)

However, after a chat on Twitter with the lovely Shoot the Rookie and Heather of Just Geeking By, I have discovered a new resource which will hopefully kick start my lazy imagination: Seriously Geeky Sundays (which can be found here!)

The system is simple, the incomparable Heather provides us with some well thought out questions surrounding the world of geekdom, and we let our imaginations run wild whilst answering them. My first foray into this is “Warrior”, here is the prompt, the questions and, as one might imagine, my answers…

“On June 6th 1944 the Allied forces landed on the beaches of Normandy the start of a pivotal attack that was pivotal in ending World War II. Every story has monumental battles and warriors who fight for what they believe in and that’s what this week is all about.”

Question One – What is the most pivotal fictional battle you can think of?

An interesting question, and a tough one to answer. I mean we’ve had Helms’ Deep, the Battle of Hogwarts, the destruction of two Death Stars, there have been tons of good, destructive, down to the wire ruckuses in the last few decades, For my entry, however, we are going to take a trip to the ever grim-dark world of Warhammer 40,000, specifically one of its’ Black Library novels, Necropolis, by Dan Abnett. 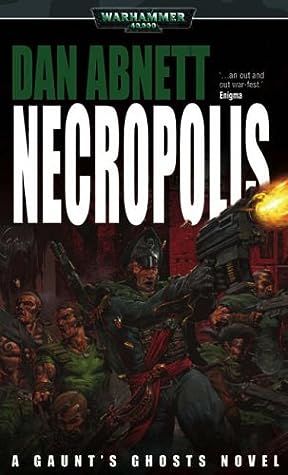 Necropolis is the third entry in the extensive Gaunt’s Ghosts series, following a ragtag battalion of Imperial Guard soldiers fighting the insidious and corrupted hordes of Chaos. They are the Tanith First and Only, the Ghosts, and they are, as you might expect, commanded by Colonel Commissar Ibram Gaunt, himself not of Tanith stock.

By the time we reach Necropolis, Gaunt has already earned the trust of most of his battalion during various battles, but nothing that could ever prepare him for the battle of Vervunhive. The initial part of Necropolis chronicles the beginnings of the colossal city’s siege by it’s once peaceful neighbour, Ferrozoica. Frozen by indecision, the officers responsible for running the city’s armed forces refuse to let them use their initiative, and the Zoicans cause absolute havoc, killing thousands and laying waste to the city.

Once the Tanith 1st are deployed, things really heat up. Gaunt and his allies find themselves not only up against the Chaos corrupted Zoicans, but also the corrupted and cowardly officials of Vervunhive. Abnett has a real gift for writing battle sequences (much like Bernard Cornwell, but his works are based on real battles, so don’t count!) and this book really had me on the edge of my seat throughout, throwing some almost insurmountable odds, wicked twists and visceral battle scenes at the reader throughout. Give it a try, you won’t regret it.

My favourite warrior has been represented in books, video games and TV. He’s surly, unpleasant at first but has a heart of gold once you get to know him. He’s a wicked swordsman, low level spellcaster and hunter of monsters across The Continent. 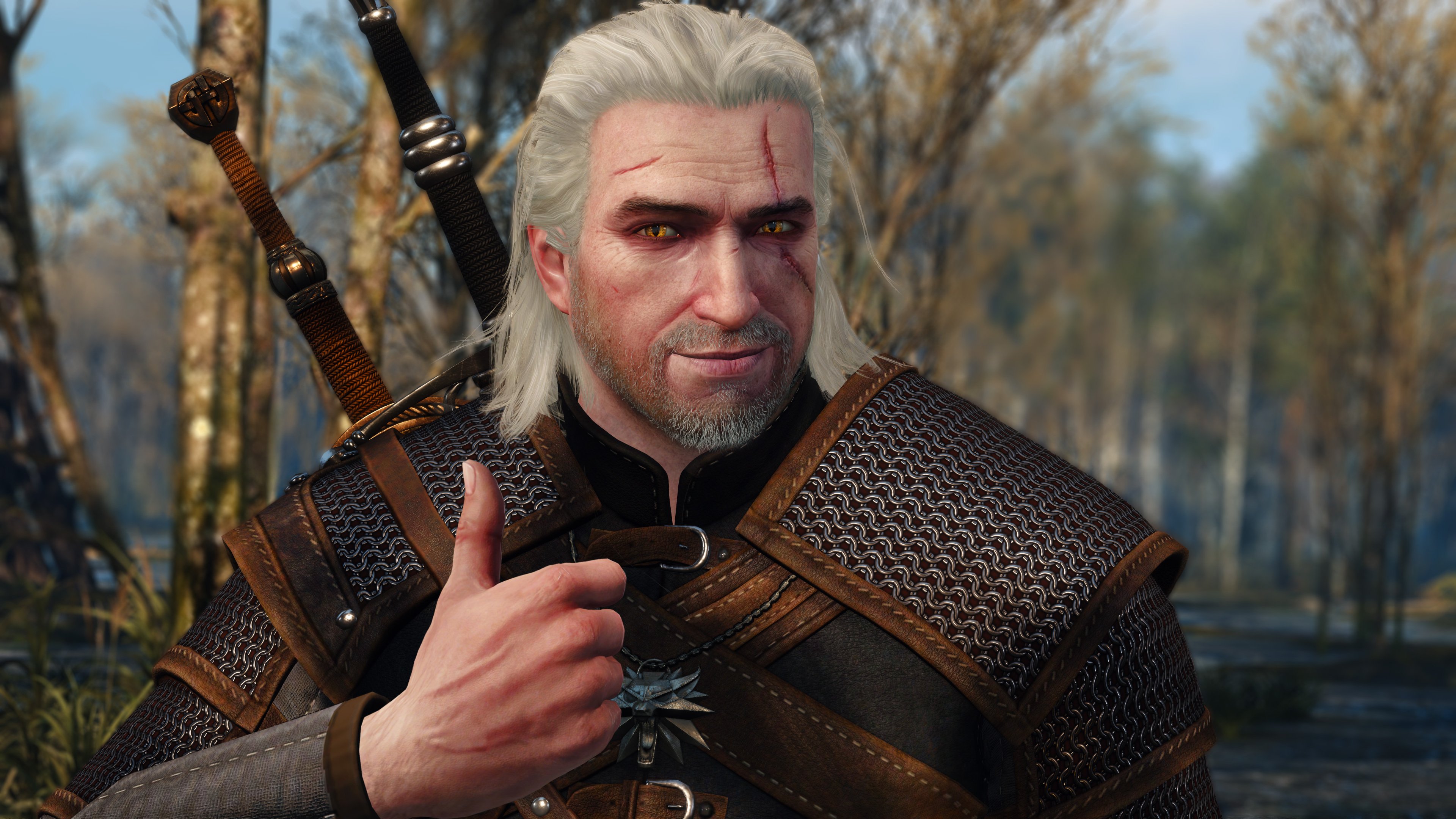 I speak, of course, of Andrzej Sapkowski’s famous creation, Geralt of Rivia, aka The Witcher. Taken in by a school of monster hunting Witchers as a boy, Geralt underwent intense training and bodily mutations to become the warrior he is in the various tales he features in. Monster hunting was all he was good for, for many years, until he met both the sultry sorceress Yennefer and Princess Cirilla, a girl of prophecy who he ends up raising as a daughter (through a complicated set of circumstances that I won’t try to keep track of here!)

By the time the events of The Witcher 3 come around, Cirilla (aka Ciri) is on the run from the ethereal and powerful Wild Hunt, with Geralt searching far and wide to locate her. Even in this cruel universe, Geralt is capable of making many surprisingly selfless decisions, doing many good deeds and delivering some much needed ass-kickings. And that is what makes him a cool warrior. Well, that and the excellent voice work of Doug Cockle in the games and the excellent portrayal by Henry Cavill in the Netflix series.

Question 3 – Is there a fictional warrior caste that you admire?

Let’s take a trip to the far future for this one, a future in which humanity clings on to survival in a lush, post-apocalyptic world, surviving against hordes of mysterious mechanical animals. This is the world of Horizon: Zero Dawn.

Our fierce heroine, Aloy, is a member of the Nora tribe, a naturalistic group of survivors living in the Sacred Lands, a beautiful forested region. The Nora are ruled by (mostly) wise Matriarchs, and aren’t fond of outsiders or embracing their mechanical past in any kind of way. Though this puts them into odds with Aloy, who they outcasted as a baby for mysterious reasons, they end up backing her up and stepping up to face their destiny.

Question 4 – What is your favourite quote about battles?

This absolutely chilling phrase from Robert Oppenheimer, the “father” of the atomic bomb:

“We knew the world would not be the same. A few people laughed, a few people cried. Most people were silent. I remembered the line from the Hindu scripture, the Bhagavad Gita; Vishnu is trying to persuade the Prince that he should do his duty and, to impress him, takes on his multi-armed form and says, “Now I am become Death, the destroyer of worlds.” I suppose we all thought that, one way or another.”

Question 5 – If you could join a fictional fighting organisation what would it be?

It has to be The Avengers, specifically the MCU version as I’m a Marvel lightweight and don’t read comics! 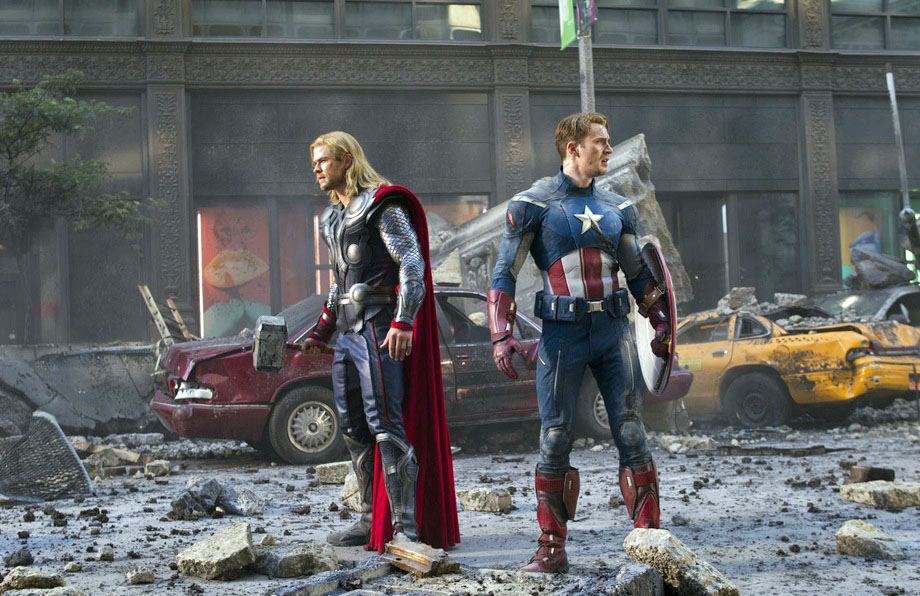 I mean come on, imagine knocking about with Cap, Thor, Tony Stark, Banner, Black Widow, Wanda Maximoff and the rest of the gang, going around fighting evil, bickering sassily to each other and wearing/using really cool equipment. I have no idea what I’d actually do though, maybe I’d run their Twitter?

Question 6 – You’re able to learn one battle ability or spell for a day; what would it be?

Imagine being able to give some bozo a thorough trouncing with a sword, parrying, feinting and generally dancing about with a sharp bit of metal! I’d do it properly too, none of this bouncing blades off each other business, I’d be dodging, lining up the shot and boom, he baddie gets perforated and I, history’s greatest swashbuckler, am the victor!

And that, I guess, is that! I had great fun writing this piece, why don’t you head over to Just Geeking By and give it a try yourself?