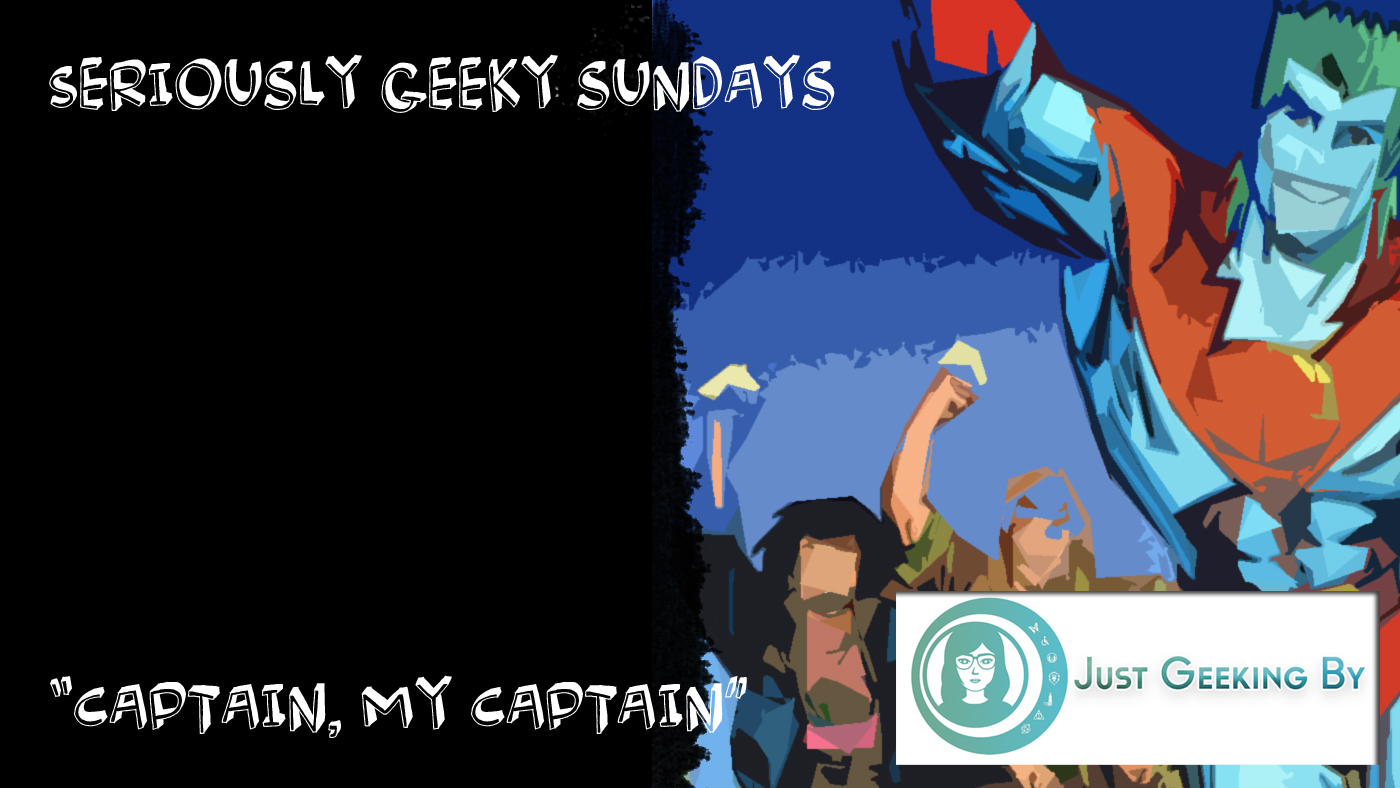 Well, here we are once more, for Seriously Geeky Sundays!

I’ve seriously enjoyed writing these awesome post ideas from Heather at Just Geeking By, they have helped me to get over a case of writer’s block of late and get me thinking outside of my usual wheelhouse.

Why not check out the Seriously Geeky Sundays ideas here?

Anyway, here is the concept and questions for this week’s post:

“It’s Captain Picard’s birthday in two days and so today is dedicated to all the iconic captains in your life.”

Question 1 – Who was the captain of your childhood?

At first, I thought this would be a tough question. Childhood captains, I had no idea! But after just a tiny bit of thought, two utter legends of the early ’90s came to mind….

Yes! There’s only way to get the people of planet earth fighting for her well being, and that is to summon a blue skinned bloke with a green mullet, who will fly around and fight oddly specific, pollution themed villains with the help of his awesomely diverse crew of super powered teenagers!

If it sounds schlocky as hell, it’s because it is. The kids had magical rings that could summon mastery over earth, wind, fire, water and, in the case of the poor Brazilian kid, “heart”. Imagine being them when the powers got handed out. Anyway, combining their powers summoned the titular blue git, who went off to sort out the baddie of the day, including Rigger, Verminous Skumm and Duke Nukem (not that one, another one). It was, looking back, totally naff. It even had a bit at the end of each episode where the Captain himself broke the 4th wall to talk to you about saving the environment…

Now this is more like it! Bucky O’Hare was the story of a typical American kid, who ended up knocking about in space with a mental crew of anthropomorphic animals/aliens whilst they fought the evil ways of the Toad Empire.

The titular character is Captain of a rad, ’90s spaceship called The Righteous Indignation, with a crew made up of a four armed badass duck (Dead Eye Duck, awesome!) and a one eyed robot called Blinky. I remember being enraptured watching this cartoon, though I never cared for the normal, real world kid, I was usually just happy watching awesome space battles between Bucky and the toads!

Question 2 – When you think about captains who is the first one to come to mind?

Well, I’ve been watching through the Pirates of the Caribbean movies for the first time of late, but it’s not the captain you are probably thinking of that I enjoy the most in those movies, in fact I find Mr. Sparrow a bit irritating!

When we first meet him, he’s skipper of The Black Pearl, a mythical man-o-war that he stole from it’s previous captain, Jack Sparrow, during a mutiny. His quest is a tough one, to fully restore a cursed treasure horde in order to nullify the eternal life curse he and his crew are under (they turn into cool skeletons in the moonlight, it’s excellent!)

Who is your favourite fictional captain?

This is a really tough one, but it has to be Captain Malcolm Reynolds of the Serenity. A war veteran from the losing side, Mal now oversees the rugged crew of a ratty smuggling ship and performs all kind of roguish behaviour across the galaxy. Famed for his quick temper, lack of social graces and a “punch first, ask questions later” attitude, Mal certainly knows how to get his crew into trouble (though he usually is the one to get them out too!).

Who is your favourite crew?

Staying on brand, it has to be the Serenity‘s misfit crew. We have the ever mysterious preacher, Shepherd Book, morally dubious thug for hire Jayne Cobb, sassy pilot Wash (played by the ever excellent Alan Tudyk), his wife and first mate of the ship Zoe (who is a total badass), quirky engineer Kaylee and the sophisticated Companion Inara (kind of like a Geisha/escort) make up the gang, with newcomers Simon Tam and his mysterious sister River rounding it all out with their arrival, and bringing a whole heap of trouble. 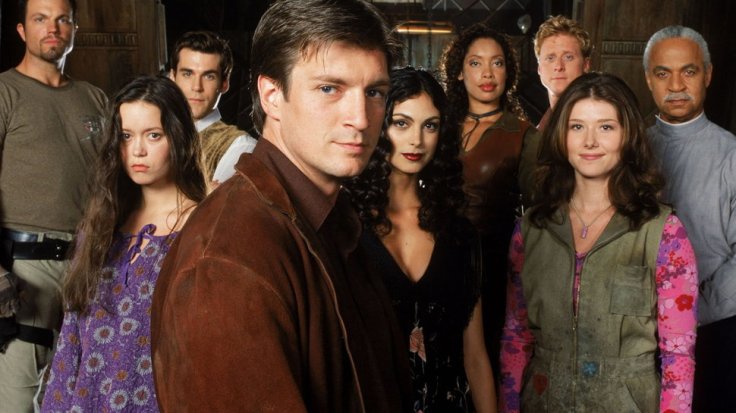 Whatever one thinks of Joss Whedon these days, I’ll always enjoy these characters that he created and thank goodness we got the movie Serenity to round out their stories!

What is your favourite ship?

This is a really tough one, but I had to go with a ship that has given me hours of entertainment: the Jackdaw from Assassin’s Creed 4: Black Flag.

The Jackdaw is a Spanish brig, stolen from under their noses by Welsh pirate captain Edward Kenway and his crew of escaped prisoners. Though a little underpowered initially, one can upgrade the ship throughout the course of the game, adding more powerful cannon, mortars, a big old ram and even a diving bell, so Edward can go exploring shipwrecks in Davey Jones’s Locker.

By the end of the game, the Jackdaw is capable of running down and destroying ships three times it’s size, which makes for exhilarating gameplay. You also get to listen to the crew singing sea shanties non-stop, which is… a thing.

The last fandom you experienced has suddenly been cast at sea/into outer space. Who is the captain and who are their crewmates?

The last fandom I had a run in with is Final Fantasy VII, the original one that is, not the expensive remake one.

If the crew of Final Fantasy VII were all on the high seas on some kind of galleon, then the skipper would have to be Cid Highwind, as he is a qualified Captain anyway, even if it is of an airship/failed space rocket. The crew would, of course, be the rest of the FFVII gang, especially as we all know Barret really loves wearing his sailor suit, though I wouldn’t make poor Red XIII walk on two legs this time. 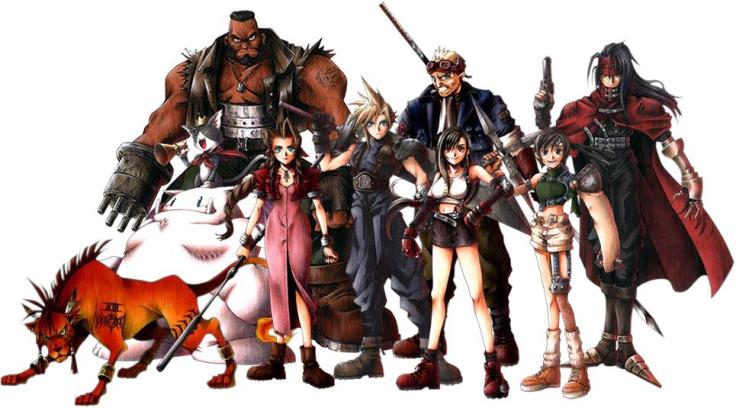 And there we go, another excellent addition to Seriously Geeky Sundays, I hope you enjoyed reading it as much as I enjoyed writing it!

See you next time!