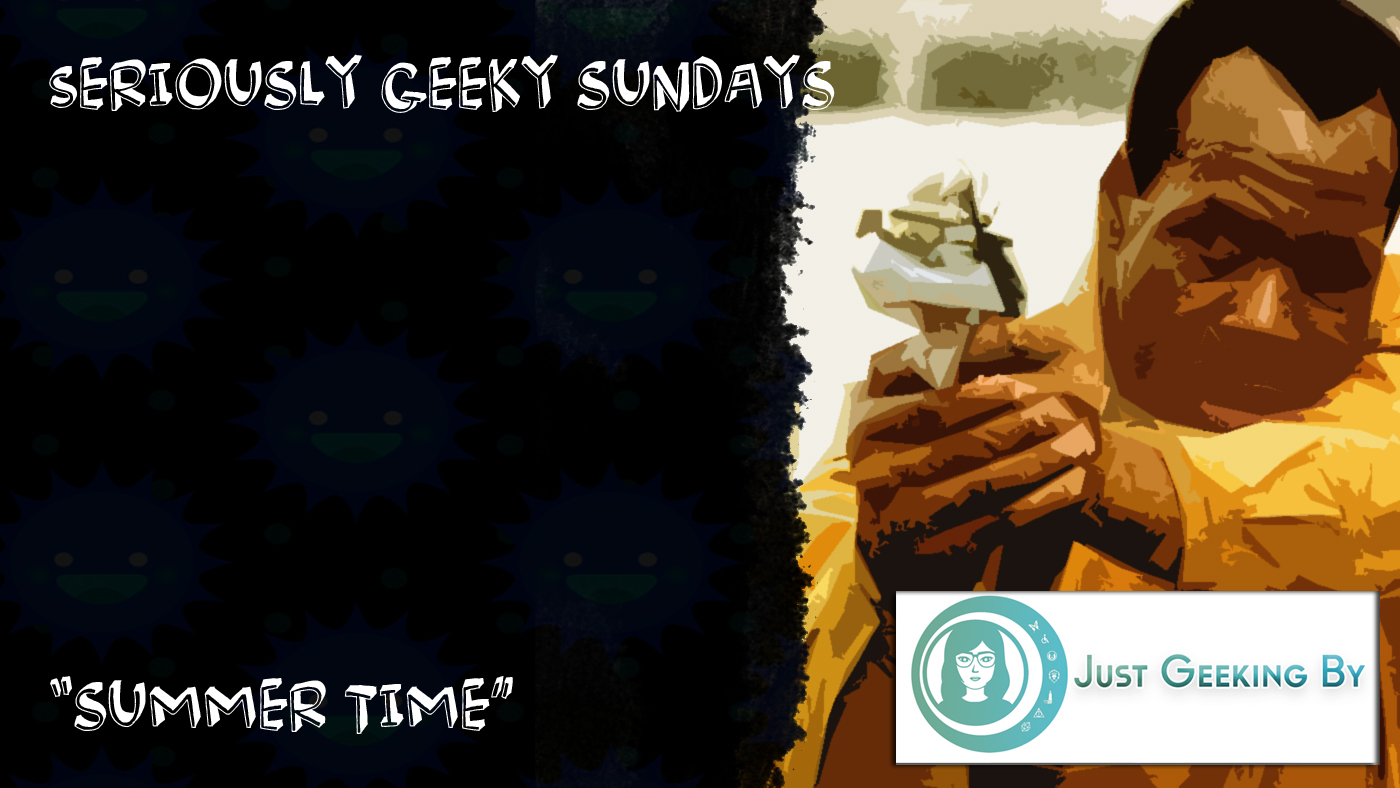 Welcome back once more to another edition of Seriously Geeky Sundays, brought to you by blogging uberkind Heather of the excellent Just Geeking By!

This week is, in the United Kingdom at least, very much in summertime, though you wouldn’t think so due to the relentless rain that seems to have hit us since the April and May heatwaves. Maybe it’s payback for all of those idiots going our drinking/fighting when some absolute cretin decided to open the pubs? Anyway, let’s get to the briefing for this week’s challenge and get cracking:

“It’s summertime in the western hemisphere so this week we’re thinking about the warmer time of year and tropical climates.”

Question 1 – What is your favourite summer movie?

I was racking my brains for movies set in summertime, it was difficult! I wanted something that actively says it’s set in BBQ season, not just a film where it’ a bit sunny, so I have gone for the tragically under-appreciated Predator 2. This sci-fi action sequel is set in the near future of 1997 (haha), during the hottest LA summer on record. Grizzled detective and definitely-not-Roger-Murtaugh-honest Mike Harrigan (played by Danny Glover, obviously) is all about blasting holes in gang bangers as street wars erupt between the various crime syndicates until his friend is killed in an unexpectedly grisly manner. Swearing vengeance, Harrigan follows the trail of clues to, you guessed it, an alien hunter, come to earth to get some shiny skulls for its collection. Forming an uneasy alliance with Lietnenant Keyes, a classically unpleasant character played by Gary Busey, Harrigan hunts the hunter.

It’s a really cool movie set in a super hot summer, where everyone is unreasonably sweaty at all times. Don’t let a lack of Arnold put you off, it’s still a great movie!

Question 2 – What is Your Favourite Summer Scene/Moment From a Fandom?

This could be something specific to hot weather i.e. trip to the beach or a holiday/road trip, or something that happened during the summertime.

I’m going to cheat a bit for this one, because one sun drenched series of events from a video game did temperate conditions better than any other, and that would be the Mexico portion of the story from Red Dead Redemption.

After causing trouble in Texas whilst on the trail of his target, Bill Williamson, protagonist John Marston chases the villain across the Rio Grande into northern Mexico. Not long after an action packed raft trip, John has picked up an Eastwood style poncho (who didn’t sport that during their Mexican adventure?) some better weaponry and made friends with retired gunslinger Landon Rickett, all whilst working out how to get to Williamson and his fellow target, Javier Escuela.

The best of the Mexico portion of Red Dead Redemption, however, was just riding through the desert, surrounded by heat haze, watching vultures circle overhead and cute little armadilloes scurrying about between rocks and debris. It’s so bleak, and so beautiful. 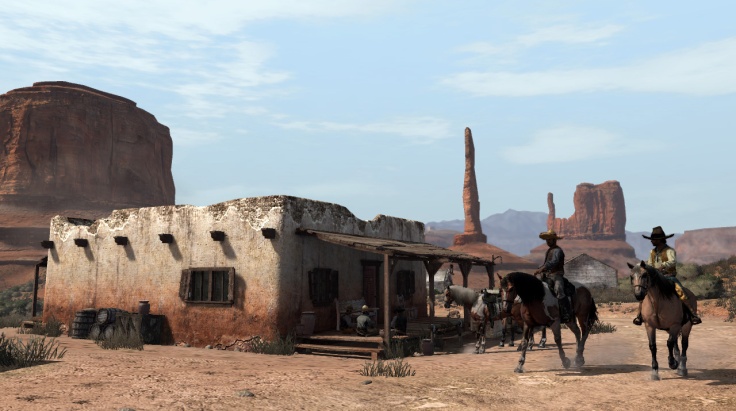 Question 3 – What is Your Favourite Fictional Tropical Location?

Besaid Island from Final Fantasy X, it’s gotta be! Sun, sand, palm trees, that nice, gentle soundtrack, oh man what a place.If you fancy a change of scenery, neighbouring Killica is pretty nice too (unless Sin has dropped in to smash it up, of course). Besaid also has a rather spiffy temple, so fans of religious architecture would get a kick out of it too.

Oh, it’s also home to the garbage Besaid Aurochs blitzball team. By the time was through with them, not a single Besaid player was on the team and they were champions of the world!

Question 4 – If You Could Go on Holiday to Any Fictional Place, Where Would it Be?

Well, Besaid is certainly up there, but why not look at somewhere else I could bob off to for a holiday? Well, how about Chrono Trigger‘s Kingdom of Zeal?

Let’s look at the reasons why, shall we?

I mean it can be hard to get through, an adventure through time tends to get you there in the end though (watch out for the dinosaurs, robots and evil wizard.)

Question 5 – Which Fictional Characters Would You Choose For a Road Trip?

This answer came to me almost instantly: the Phantom Thieves from Persona 5!

A ragtag group of Tokyo high-schoolers, the Thieves are always a laugh and know how to relax in style between missions, just look at all of the things they get up to around Japan’s capital, hitting buffets, gyms and arcades like they’re going out of fashion. They even take a day trip to the beach and, in one case, leave Japan entirely for a trip to Hawaii.

Best of all, we wouldn’t even need to hire a car! Cat-like creature Morgana can, for some reason, morph into a vintage Citroen van, with room enough for everyone, if you don’t mind sitting inside somebody else for hours at a time…

Question 6 – Pick a Fandom and Create an Ice Cream Flavour Based On It!

This question really got my imagination motor running! How on earth would one equate fandoms to flavours of wonderful, perfect ice cream?

So I reached into the proverbial hat of fandoms and picked one I like out at random, which was:

Yep, this should be fun! Let’s break it down into the characters and their personalities…

So, combine all of that into one glorious tub of goodness and you get…

Well, that ends a particularly warm and pleasant episode of Seriously Geeky Sundays! Thanks, as always, for reading and make sure to check on all of the other bloggers who submitted entries too, some true genuises out there!